Two Slovenian researchers from the University of Ljubljana, Dr. Uroš Tkalec from the Institute of Biophysics, Faculty of Medicine and Dr. Simon Čopar from the Faculty of Mathematics and Physics have recently published a research article  together with their  partners from the Korea Advanced Institute of Science and Technology (KAIST):

This important article was highlighted on the cover page of the November issue of ACS Central Science, which publishes the most compelling, important primary reports on research in chemistry and in allied fields, wherein chemical approaches play a key role. It is also the first fully open access journal published by the American Chemical Society.

The article has already achieved the first response by Prof. Dr. Olega Lavrentovich from the Kent State University, one of the leading researchers of liqiud crystals.

The periodic air pockets lead to dramatic structuring of the lyotropic chromonic liquid crystal phase, in which long-range oriented nematic ordering in bulk is replaced with discrete chiral domains. The achievement of well-controlled chiral structures will be useful in potential applications such as programmable scaffolds for living liquid crystals and as sensors for detecting chirality at the molecular level.

Achiral building blocks forming achiral structures is a common occurrence in nature, while chirality emerging spontaneously from an achiral system is usually associated with important scientific phenomena. We report on the spontaneous chiral symmetry-breaking phenomena upon the topographic confinement of achiral lyotropic chromonic liquid crystals in periodically arranged micrometer scale air pillars. The anisotropic fluid arranges into chiral domains that depend on the arrangement and spacing of the pillars. We characterize the resulting domains by polarized optical microscopy, support their reconstruction by numerical calculations, and extend the findings with experiments, which include chiral dopants. Well-controlled and addressed chiral structures will be useful in potential applications like programmable scaffolds for living liquid crystals and as sensors for detecting chirality at the molecular level. 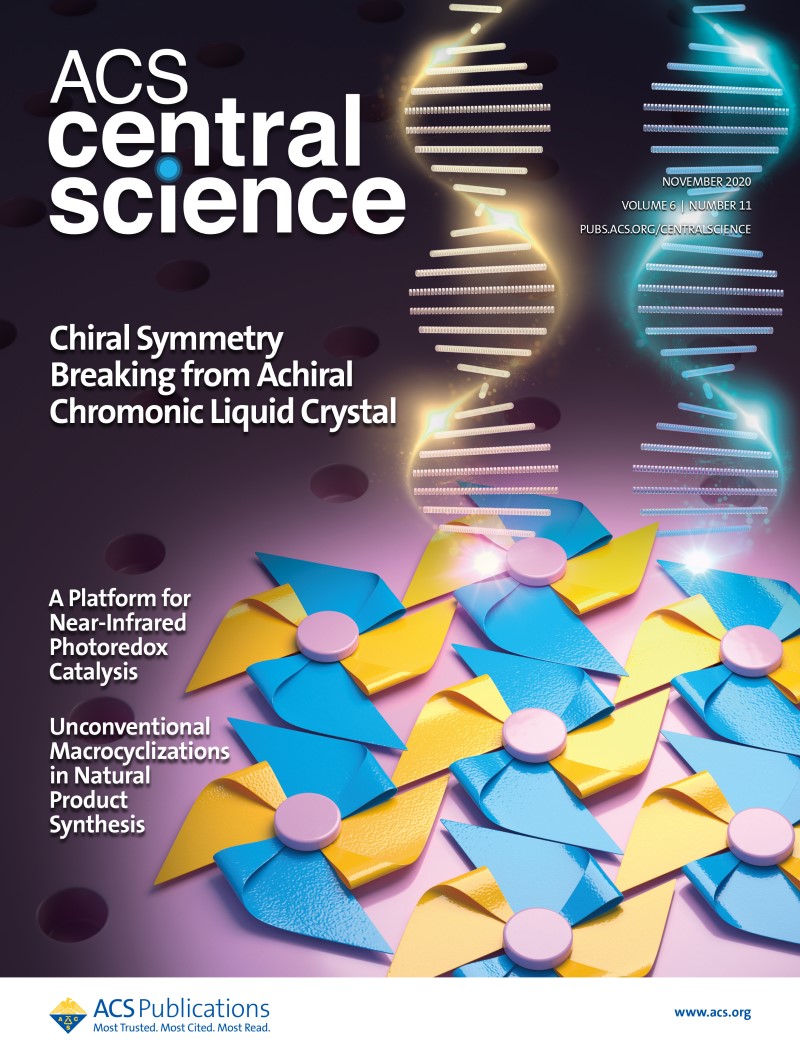