Slovenian researchers have discovered a new mechanism of action in ketamine

The results of a study conducted by a group of Slovenian researchers from three institutions (the University of Ljubljana’s Faculty of Medicine, the Celica Biomedical Centre and the National Institute of Chemistry) provided new insight into the functioning of ketamine at the cellular and molecular levels, opening new opportunities for the development of fast-acting antidepressants.

Ketamine has been used as a medical and veterinary anaesthetic for a long time. It has a surprisingly rapid effect at low concentrations and a single dose has very beneficial and long-lasting effects in treating depressive disorders. This discovery has sparked major interest in psychiatry due to a lack of effective, fast-acting antidepressants. The mechanism of antidepressant action in ketamine, which is also abused recreationally as an illicit drug, had not previously been known.

The predominant thesis in the research literature on ketamine’s antidepressant action is that ketamine is an NMDA glutamate receptor antagonist in neurons. Previous Slovenian studies showed that at low, subanaesthetic doses ketamine also has an effect on astrocytes – a special type of neuroglia or non-neuronal cells, which outnumber neurons in the human cerebral cortex. Neuroglia, which maintain homeostasis and provide support for neural networks, were overlooked in research for nearly a century. It has only been in the past two decades, and thanks to the work of Slovenian researchers, that a growing number of studies into their role in the functioning of the brain have been conducted . 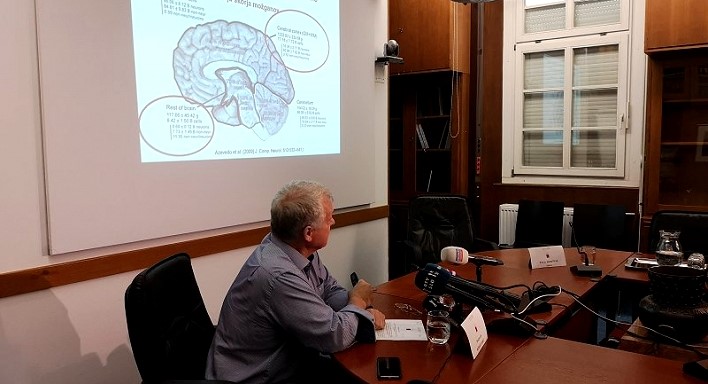 The article »Astrocyte Specific Remodeling of Plasmalemmal Cholesterol Composition by Ketamine Indicates a New Mechanism of Antidepressant Action« was published in »Scientific Reports« on 29 July, 2019 and it is freely available.